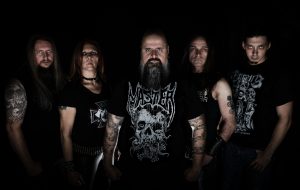 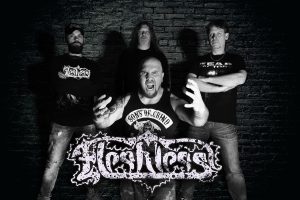 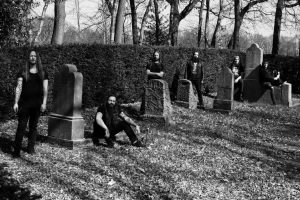 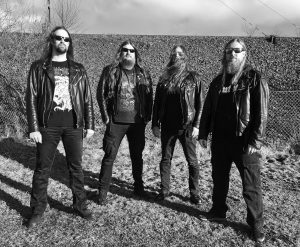 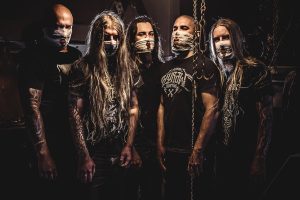 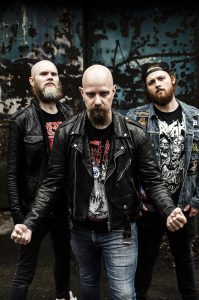 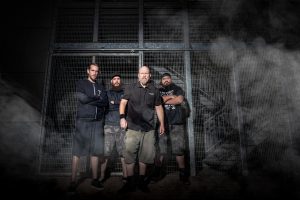 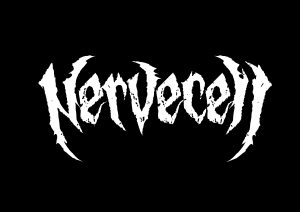 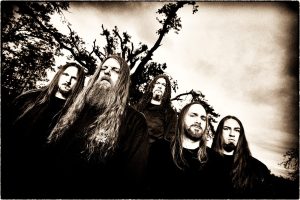 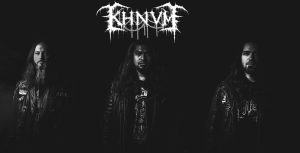 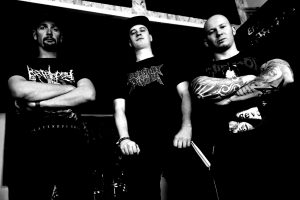 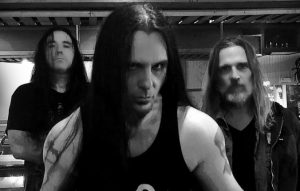 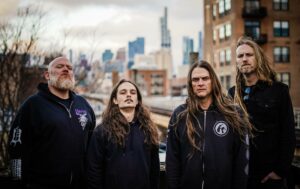 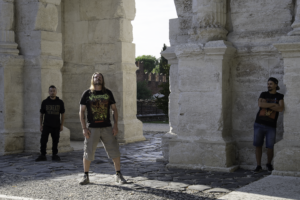 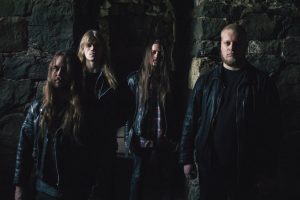 The first demo „New Order“ was released on November 17, 2010 and the second demo „The Annihilator“ came out on February 16, 2011. The strength of the material didn’t go unnoticed and Decaying was soon signed to Hellthrasher Productions in the beginning of 2011. Both demos were then released as a compilation album called “Devastate” on May 1, 2011.

Drummer Benjam Lahdenpää joined the band in April 2011. Guitarist Otso Polenius replaced Olli Suurmunne in start of May, but the spot was soon taken by Henri Hirvonen in July 2011. Right after the lineup change the trio started working on their debut full-length release.

The debut album „Encirclement“ was released on January 2, 2012. Bass player Sebastian Bergman joined the band in August the same year. The lineup was finally complete and the band started doing live shows soon after.

„The Last Days of War“, the sophomore album, was released May 30, 2013, by Hellthrasher Productions. Around this time old school death metal started gaining lots of interest once again, which fueled the band even more and made the vision clearer. Decaying also played their first show abroad at Morbid Catacombs Fest in Berlin, Germany during the fall of 2013.

„The Forgotten Conflict“ EP cassette was released on September 18, 2015, via Till You Fukkin Bleed. It later came out also on CD along with bonus material, released by Raw Skull Recordz on June 6, 2016.

Decaying parted ways with drummer Benjam Lahdenpää in late 2015. Okko Tolvanen soon agreed to help the band out as a session member after Benjam’s departure. The band was signed to FDA Records in 2016 and started working on new material.

Drummer Olli Törrönen joined the band as a full-time member in late 2017 and the lineup was completed once again. The tight and aggressive playing style was a perfect fit for Decaying’s brand of midtempo death metal.

The fourth album “To Cross the Line” was released on January 18, 2018 on CD and LP by FDA Records and was well received. Songs like the title track and “Decadence” presented even more variation in Decaying’s arsenal and opened new possibilities within the band’s brand of old school death metal. Raw Skull Recordz later released a limited cassette version of the album in August 2018.

Currently the band is working on new material and recording a new album, to be released in 2020. The new songs will be the most aggressive and crushing Decaying material to date. Be forewarned! 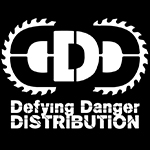